The Frank Erwin Center has announced Sade will perform September 7. “Directed by longtime collaborator Sophie Muller, and with production and lighting design by Baz Halpin, the tour is groundbreaking from a visual perspective,” the Frank Erwin website boasts.

“With a 23’ x 52’ high resolution LED screen behind the band, and enormous projection screens all around the stage, beautiful, larger than life images accompany the music which has made Sade one of the most adored and enduring live bands in the world.

“The result is a visually stunning setting in which to hear one of the world’s greatest bands on tour for the first time since 2001. John Legend, the acclaimed singer, songwriter and pianist will open for Sade and treat fans to a long list of his well known songs.”

Frank Erwin Center’s Associate Athletics Director John Graham said, “There is definitely excitement surrounding the show in Austin and nationally. In fact, Billboard featured Sade on the front cover of the August 27 issue saying she’s back after 10 years off with a blockbuster tour. The Frank Erwin Center is pleased to bring the talented international artist to Austin for the first time in more than a decade.”

According to Sade, the reason for the long break from recording is a simple matter of integrity and authenticity. “I only make records when I feel I have something to say. I’m not interested in releasing music just for the sake of selling something.”

The announcement that John Legend would be joining heron the summer tour came in early June as the two kicked off in Baltimore, Maryland. 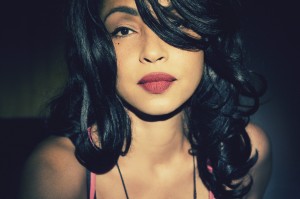 John Legend said, “I’m very excited to join Sade on her summer tour. She is an incomparable artist and I’m honored to share the stage with her. I know we’ll provide our fans with an experience to remember.”

Though he serves as her opening act, many fans have their fingers crossed that they’ll perform a duet.
The two hit the road beginning June 16 at Baltimore’s 1st Mariner Arena, and will finish up on August 30 at Anaheim’s Honda Center.
The duo went head-to-head at the Grammy’s, as they were both nominated for the “Best R&B Performance By A Duo Or Group With Vocals” award; Sade for “Soldier of Live” and John for “Shine” featuring The Roots.

Fans and media have not been disappointed during this tour as one paper stated, “Her gauzy voice has acquired greater range, to the point that she receives a standing ovation for the sustained note that closes Is it a Crime?, but her stock in trade remains the dreamy delivery of pop-jazz songs about love and relationships….it is a pleasure to see Sade again,” -The Guardian, Thursday 2nd June 2011.

A global publication simply stated,” Never a flashy singer, Sade’s tones are subtle and controlled, with a slow-burning emotional power. She can wow but it’s all about a long seduction. After 25 years, it’s clear that she’s still a smooth operator,”—News of The World, Sunday 5th June 2011.

Philonise Floyd told House lawmakers Wednesday that it's their … END_OF_DOCUMENT_TOKEN_TO_BE_REPLACED

The U.S. Consumer Price Index, the gauge that measures change in the costs … END_OF_DOCUMENT_TOKEN_TO_BE_REPLACED