What is being billed as a first, researchers report that healthy seniors who tried a new brain-training program were less likely to develop dementia down the road.

“Everyone with a brain is at risk of dementia,” noted study author Jerri Edwards. But “this is the first treatment ever shown in a clinical trial to make a difference.”

Edwards is a professor in the department of psychiatry and behavioral neurosciences at the University of South Florida.

In essence, the program tries to speed thinking by giving seniors the task of distinguishing between a series of ever-changing objects on a computer screen — both in the center and periphery of their vision. Over time, the objects appear more quickly, and look more similar to one another. This makes the task increasingly difficult, with the aim being to boost the individual’s ability to rapidly and accurately identify the objects at hand.

Based on tracking more than 2,800 seniors, the team found that it appears to do just that. Over a 10-year period, the speed-of-thought-processing program lowered dementia risk by nearly 30 percent, the study team said, when compared with seniors who didn’t have such training.

In the study, funded by the U.S. National Institutes of Health, dementia-free seniors (all aged 65 and up) were divided into four groups.

One group received no brain training of any kind. Over a six-week period, three other groups underwent at least 10 sessions of different types of brain training that lasted 60 to 75 minutes each. Some participants received additional training sessions beyond the initial six weeks.

In the end, investigators determined that neither memory training nor reason training appeared to lower long-term dementia risk.

But speed-of-thought-processing training appeared to cause dementia risk to fall by 29 percent over a decade.

What’s more, the more speed training sessions a senior got under his or her belt, the lower their dementia risk was going forward.

The program was developed by Karlene Ball of the University of Alabama, Birmingham, and Dan Roenker, of Western Kentucky University.

“It is important to understand that this intervention is not a game, that it’s not just doing something on the computer,” stressed Edwards. “It’s a very specific training program that shows these benefits.”

Heather Snyder, senior director of medical and scientific operations with the Alzheimer’s Association, said the organization believes that “this is the first time a cognitive training intervention has been shown to protect against cognitive impairment or dementia in a large, randomized, controlled trial.”

But Snyder added that, “these results need replication and confirmation in other populations with the same and similar tools.”

Adam Woods, assistant director of the Center for Cognitive Aging and Memory at the University of Florida, suggested the findings are “extremely exciting,” while also noting that “not all cognitive trainings are created equal.

“Some may interpret this as meaning that all cognitive training has the potential to slow the onset of dementia,” he noted. “However, this study makes a clear case that a specific type of training demonstrated this effect.

“Regardless,” said Woods, “the fact that a computerized cognitive training program for speed of processing has the potential to impact dementia onset is an incredibly important finding that may provide hope to those concerned about developing dementia in the later years of life.” For the first time, research has confirmed that scientists successfully … END_OF_DOCUMENT_TOKEN_TO_BE_REPLACED What is being billed as a first, researchers report that healthy seniors … END_OF_DOCUMENT_TOKEN_TO_BE_REPLACED 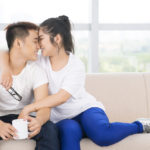 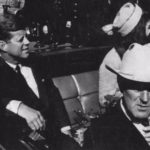 The National Archives on Thursday will publish 2,800 previously secret … END_OF_DOCUMENT_TOKEN_TO_BE_REPLACED