WIMBLEDON, England – Wimbledon is brightening its wardrobe for the 2012 Olympics.

Organizers of the venerable tournament said Friday the traditional all-white dress rule will be waived for the tennis competition at the London Games.

Players must wear predominantly white clothing during the Grand Slam event. But that will change for Olympics, and All England Club chief executive Ian Ritchie said Wimbledon had no hesitation in loosening its rules.

“We have been very supportive to the Olympic organizers throughout the process,” he said. “We hope to some extent there will be a different type of audience. It is not a repeat of the Championships. It will be its own competition, have its own style and it will play out in its own way.”

Among other changes, the Royal Box on Centre Court will be filled with the International Olympic Committee “family,” instead of the assorted royalty and dignitaries who congregate there during Wimbledon.

Only 12 of the available 17 courts will be required, meaning crowd capacity will be 26,000, down from 40,000 during the championships.

One tradition, however, will remain: no scheduled night sessions. Play will begin at 11 a.m. local time, and is expected to continue until about 8 p.m. As is the case during Wimbledon, play could carry on under the roof on Centre Court if circumstances demand.

The Olympic tennis event is set to begin July 28, 2012 — 20 days after the end of the Grand Slam tournament.

The All England Club last week made assurances that the grass courts would be resurfaced in time following a successful test this year.

Debbie Jevans, London 2012 director of sport and venues, said Friday that organizers were confident there would still be an appetite for tennis at Wimbledon such a short time later.

“There will be a lot of people who do not get tickets for the Championships,” she said. “It gives them the chance to see the best players in the world.”

The 2012 tennis event will be the first to include mixed doubles, meaning there will be five gold medals up for grabs at Wimbledon.

The singles events will be played over three sets, except for the men’s final, which will be best-of-five.

Among the women, Elena Dementieva of Russia won the singles and American sisters Venus and Serena Williams captured the doubles.

Tickets for the 2012 Olympic tournament go on sale next year. 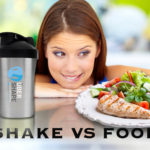 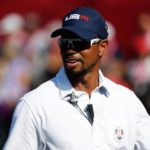