Family members traveling to a birthday celebration in Las Vegas said they were kicked off a JetBlue flight over where to store a cake. Minta and Cameron Burke and their two young children were booked on Flight 611 from New York's John F. Kennedy International Airport on May 3. The Jersey City, N.J., couple told the New York Daily News they complied with JetBlue instructions to move the cake to the floor. The airline confirmed the incident but said the passengers were removed because … END_OF_DOCUMENT_TOKEN_TO_BE_REPLACED "Is travel to Cuba for tourist activities permitted? No." That's what the U.S. Treasury Department website says. And yet Havana is loaded with Americans, from the Floridita bar, where they pose for photos with a bust of Ernest Hemingway, to the Rum Museum, where they swig rum samples after trudging through dim displays of old casks. Sure, some Americans follow the rules on sanctioned travel — bringing supplies to Cuban churches or synagogues, for example, on a religious activities license. … END_OF_DOCUMENT_TOKEN_TO_BE_REPLACED 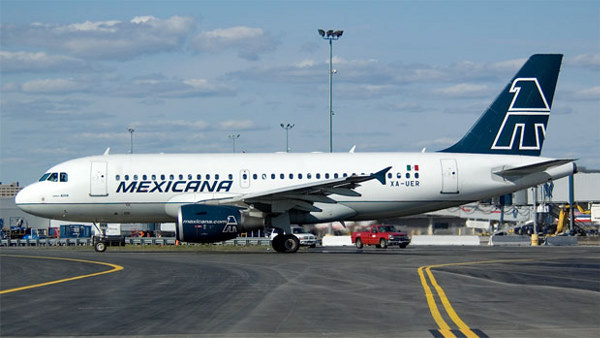 A Mexican judge has ordered an end to efforts to revive moribund Mexicana airlines through bankruptcy proceedings, saying no credible new investor had expressed interest in the carrier, officials announced Friday. Before it stopped flying in 2010 because of financial problems, the privately-operated Mexicana was among the world's oldest continually operating airlines. It began flying in 1921, after carriers like Australia's Qantas and Colombia's Avianca. Mexico's Federal Judiciary Council … END_OF_DOCUMENT_TOKEN_TO_BE_REPLACED Detroit is a place whose story is often told by the numbers. It was home to 2 million residents at its peak, but now the city is down to roughly 700,000. And all of those residents live in a 139-square-mile city grappling with millions of dollars in debt that led the city to file for bankruptcy. But 700,000 people still make their home here. There are square miles of the city that are empty, yes. But the rest of Detroit still has to live somewhere. And where they're living, they're really … END_OF_DOCUMENT_TOKEN_TO_BE_REPLACED At 67, Cuban taxi driver Benito Perez had never been on a plane. For years, friends in Miami had invited him to visit, but he couldn't afford to pay for the flight and didn't want to burden his friends. The process of getting an exit permit from Cuban authorities and permission from the U.S. government also seemed daunting. In the last year, however, traveling from Cuba has gotten slightly easier. The Cuban government eliminated the much-detested "white card" needed to leave. And the U.S. … END_OF_DOCUMENT_TOKEN_TO_BE_REPLACED 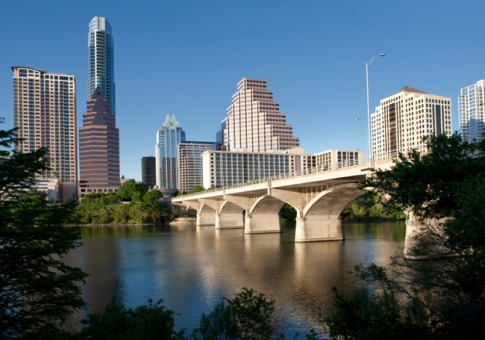 Austinites proudly wear T-shirts that say “Keep Austin Weird” -- something of a challenge as the city and surrounding areas grow in leaps and bounds. The Austin area, home of the South by Southwest festival and Dell Inc., has an unemployment rate of 5.4 percent, compared with 7.8 percent for the nation. Its population continued to rise in 2012, to 1.8 million, and the area is supposed to generate about 25,000 new jobs in 2013, according to Austin-based Angelou Economics. A high-tech job boost … END_OF_DOCUMENT_TOKEN_TO_BE_REPLACED In one room, a ghastly photo wall of bloody, uncensored images showcases the mob's greatest hits. In another, visitors are taught to load a revolver. And for when a gun just won't do, an oddball collection of household items — a shovel, a hammer, a baseball bat and an icepick — show the creative side of some of America's most notorious killers. On the 83rd anniversary of the St. Valentine's Day Massacre, Sin City is honoring one of its earliest relationships with the grand opening of a … END_OF_DOCUMENT_TOKEN_TO_BE_REPLACED Hundreds of unticketed tourists have been turned away from Machu Picchu this week as Peru's famed Inca ruins reached capacity. Angry tourists blocked a bridge for two hours Monday in the town of Aguas Calientes at the entrance to the ruins. That impeded buses that ferry visitors to the hilltop archaeological site. Juan Julio Garcia is the regional tourism director in nearby Cuzco. He says some travel agencies have failed to inform visitors that they should get tickets in advance because of … END_OF_DOCUMENT_TOKEN_TO_BE_REPLACED Philonise Floyd told House lawmakers Wednesday that it's their … END_OF_DOCUMENT_TOKEN_TO_BE_REPLACED

The U.S. Consumer Price Index, the gauge that measures change in the costs … END_OF_DOCUMENT_TOKEN_TO_BE_REPLACED