The Escalade is the Cadillac of GM SUVs, and that is no small thing. Itās quieter than in the past, itās smoother, itās more attractive, and itās more fully equipped, just like GMās other upgraded SUVs and the pickup trucks that spawned them. Of all of them, the Escalade has the most substantial standard powertrain, cabin, and technology upgrades, as well as some truly swanky touches.

Completely redesigned last year with generous improvements to refinement, technology and comfort, the 2016 Cadillac Escalade continues to embody the spirit of tasteful excess. Itās built for people who want everything — utility, luxury, and capability — and Escalade buyers will find all of that in a undeniably stylish package.

While the Escaladeās new lines are crisp and sophisticated, itās the full LED lighting that creates the most effective drama, front and rear, from the vertically stacked elements on the nose to the rear taillights that soar up to the roof and illuminate the Cadillac logo.

Escalades used to suffer from subpar interior design, fit, and finish, but no more. Cut-and-sewn upholstery trims out the cabin, with leather and suede tucking neatly next to wood trim with a stunning open-pore treatment. From the front seats-which are heated and cooled as standard-the centerpiece of the dashboard is Cadillacās tablet-like CUE touchscreen system, which can be activated by voice, capacitive touch and swipe gestures. The driver faces a 12.3-inch display with a cluster of digital gauges that can be configured in one of four themes. Offered as an option is a head-up display that projects selected information over the hood.

The sole engine is a 6.2-liter V-8 that produces 420 horsepower and 460 lb-ft of torque. It pairs well with a six-speed automatic transmission to reach 60 mph in around six seconds according to Cadillac. That performance doesnāt hurt efficiency — with features like direct injection and cylinder shutoff, the V-8 now earns EPA ratings as high as 17 mpg combined.

As in previous generations, the 2016 Escalade comes in rear-wheel-drive and four-wheel-drive versions. With running gear derived from that of GMās full-size pickup truck line, itās one of few large luxury SUVs with a solid rear axle. But Magnetic Ride Control is now standard, and the suspension tracks and damps better than the last Escalade, better than much of the competition. Four-wheel drive is an option, and has a quasi-all-wheel-drive mode. Towing capacity continues to impress with ratings from 7,900 to 8,300 pounds.

Interior space is slightly down from previous iterations, but the Escalade has never been so comfortable. The standard model is 204 inches inches long, and the extended Escalade ESV stretches all the way to 224 inches-or almost 19 feet-in length.

Second- and third-row seats fold with the touch of a button, and though the cargo floor is somewhat higher than in previous Escalades, itās at a waist-height level that makes it easier to load and unload heavier items. Thereās over 15 cubic feet of space behind the third row, a capacity that more than doubles on the long-wheelbase Escalade ESV.

Base prices rose substantially with last yearās redesign, and theyāre likely to rise slightly for 2016. Base prices for the outgoing 2015 model range from the mid-$70,000s to the mid-$90,000s.

Safety equipment includes an innovative front-center airbag that protects front-seat occupants thrown toward the center of the Escalade in a side-impact collision. Automatic braking is optional; it uses short-range radar and ultrasonic sensors to warn drivers of quickly approaching obstacles before-finally-applying the brakes.

Luxury and Premium trim levels include standard blind-spot monitors. A package of driver-awareness features includes forward-collision warnings, lane-departure warnings, and a safety-alert seat system-which vibrates to warn the driver of a possible accident threat on one side of the vehicle or the other. Beyond that, the Drive Assist bundle adds fully adaptive cruise control, collision preparation, automatic seat-belt tightening, and front and rear automatic braking.

As well as the head-up display for the driver, other options include a rear entertainment system that plays Blu-Ray discs-on a single 9-inch screen that descends from the roof on the standard Escalade, and on two separate 9-inch screens on the longer ESV model. A federal judge in Washington, D.C., ruled Friday that a program giving … END_OF_DOCUMENT_TOKEN_TO_BE_REPLACED 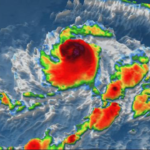 The Great Recession continues to take a grim toll: Since 2009, a growing … END_OF_DOCUMENT_TOKEN_TO_BE_REPLACED