US singer Colonel Abrams, a pioneer of house and dance music in the 1980s, has died at the age of 67.

The musician scored his biggest hit in 1985 with the club single Trapped, which reached number three in the UK.

Last year, it emerged he was living homeless in New York. Friends then launched a fundraising campaign to help him obtain vital diabetes medication.

His death was announced on Facebook by DJ Tony “Tune” Herbert, who said: “Now he is at peace.”

He added: “Our condolences go out to his family and fans world wide. He is no longer suffering or Trapped.”

He said his music was a blend of those melodies and the hard street rhythms of New York, where he moved as a child.

“I studied all the people on Motown, and I studied the music and listened to the lyrics Smokey Robinson used to write, and just craved the opportunity to be on Motown,” he told the Associated Press news agency in the 1980s.

“But after my family moved to New York, I studied street music, and I sort of combined them both: The Detroit sound and the street sounds of New York.”

Abrams was in the group Conservative Manor with his brother Morris in the late 1960s, then sang lead vocals for 94 East in 1976.

They briefly featured Prince on guitar, and recorded his song Just Another Sucker in 1977.

He scored a small hit in 1984 with the ballad Leave the Message Behind the Door but it was the follow-up, a soulful house mantra called Music Is The Answer, which finally propelled him into the limelight.

An international dance hit, it earned him a record deal with MCA - which led to the chart hits Trapped and I’m Not Going to Let You.

Abrams continued to feature on the US dance and R&B charts into the mid-1990s, and performed around the world into the new century.

However, he fell upon hard times in his final years, prompting Herbert and house DJ Marshall Jefferson to launch a crowdfunding campaign.

“The Colonel is very ill with no permanent place of his own to live at this time and limited financial resources,” they said at the time.

“Those of us who have listened to his awesome music and know of his plight, have banded together to try and help him through this rough patch.”

According to Herbert, the musician died on Thanksgiving.

Joey Negro, Dave Pearce and Swizz Beatz are among those to have paid tribute online.

“It’s a sad day for the House Music community,” wrote Jellybean Benitez, a producer who worked on Madonna’s Holiday and Whitney Houston’s Love Will Save The Day. 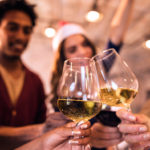 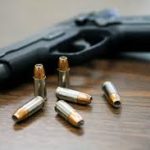