Immigration issues and deep party divides give reason for almost one-third of U.S. voters to believe another civil war might be fought in the United States, a new survey shows.

The poll by Rasmussen Reports Wednesday found 31 percent of those surveyed believe “it’s likely that the United States will experience a second civil war sometime in the next five years.”

Almost 60 percent said another civil war is unlikely, of which about half said it’s “not at all likely.”

Fifty-nine percent said they are concerned opponents of President Donald Trump’s policies would resort to violence.

Those numbers are similar to a poll taken in the second year of Barack Obama’s presidency, when 53 percent expressed such a concern over opposition to his policies.

The survey found women and those under 40 are more concerned about another civil war than men and older voters. Forty-four percent of African-American respondents, 28 percent of whites and 36 percent of other minorities were among those who expressed concern for civil war.

Rasmussen polled about 1,000 “likely” U.S. voters and has a margin of error of 3 points. 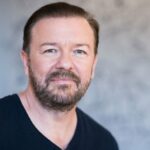