Samsung Electronics launched its top-of-the-range Galaxy S3 smartphone in Europe on Tuesday, aiming to outsell its previous model that helped the South Korean company topple Apple as the world's largest smartphone maker. The Galaxy S3, which tracks the user's eye movements to keep the screen from dimming or turning off while in use, hits stores in 28 European and Middle East countries, including Germany, as Samsung aims to increase its lead over Apple months ahead of its new iPhone, expected … END_OF_DOCUMENT_TOKEN_TO_BE_REPLACED

Howard Stern's hopes for a $300 million payday from Sirius XM Radio Inc. have been dashed by a judge. His show's Twitter feed said the shock jock was "really bummed" by the decision and plans to appeal. Stern sued last March, arguing that he was entitled to a huge stock-based bonus in his contract because the number of Sirius subscribers exceeded the company's internal forecasts. But his initial job contract was signed in October 2004, well before Sirius acquired XM in July 2008. New York … END_OF_DOCUMENT_TOKEN_TO_BE_REPLACED

Apple Inc's new iPad topped Consumer Reports' list of tablets despite the influential watchdog stoking doubts two weeks ago by saying the latest iteration of the best-selling tablet threw off more heat when used heavily. The widely followed group that reviews everything from electronics to cars, said on Monday that it did not find the higher temperatures to be cause for concern. The nonprofit organization also tested the iPad for concerns about poor battery recharging when playing an … END_OF_DOCUMENT_TOKEN_TO_BE_REPLACED

Apple gave the new iPad a bunch of new features but no new name. When it goes on sale next week in the U.S. and several other countries, it will be "the iPad" or perhaps "the new iPad" — not "iPad 3" or "iPad HD," as some had speculated. The new iPad unveiled Wednesday comes with improvements that may not be readily apparent to the casual observer. It has, as expected, a sharper screen, driven by a faster processing chip that acts as the "brains" of the device. What was more surprising was … END_OF_DOCUMENT_TOKEN_TO_BE_REPLACED 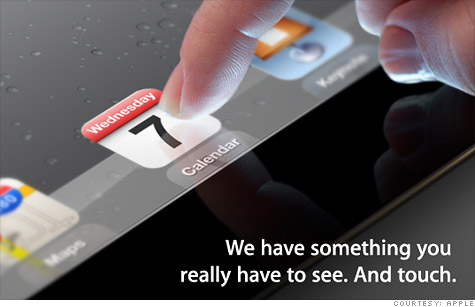 Apple is expected to announce the iPad 3 at a "special event" in California next week. Apple sent emails to journalists on Tuesday, inviting them to the private event in San Francisco on March 7, at 10 a.m. Pacific Time. The invitation (pictured above) included a photo of someone using an iPad, with a single line: "We have something you really have to see. And touch." The company did not immediately return a request for comment on whether it will indeed be the iPad 3. Apple shares, … END_OF_DOCUMENT_TOKEN_TO_BE_REPLACED

The devices announced at this year's Mobile World Congress (MWC) have better screens, are faster, and promise to do so much more than your current model -- so what will your next phone look like? The big push from phone makers this year is screens. It is the part of the phone we spend the most time looking at and the one that allows us to fully enjoy this pocket gateway to another world that we own. At every turn, every company is keen to tell you just how good the screen on its latest … END_OF_DOCUMENT_TOKEN_TO_BE_REPLACED

Sprint Nextel posted a wider quarterly loss because of the higher costs of selling Apple Inc's iPhone and the popular device delivered a smaller-than-expected boost to subscriber numbers, sending the company's shares down 2 percent. While the company's loss was not as big as Wall Street feared, Sprint's quarterly results and financial targets did little to calm investor nerves about its $15.5 billion bet on iPhone which coincides with a $7 billion network upgrade. "There was nothing in … END_OF_DOCUMENT_TOKEN_TO_BE_REPLACED

According to a new study conducted by sociologists Hui-Tzu Grace Chou and Nicholas Edge at Utah Valley University, research showed a correlation between a Facebook user’s disposition about their life and the amount of time spent on the social network. Approximately 425 students were asked to identify how much they agreed or disagreed with statements like “Life is fair” and “Many of my friends have a better life than me.” In addition, the students were asked about how much time they spent on … END_OF_DOCUMENT_TOKEN_TO_BE_REPLACED

Tablets are shaping up to be THE big-ticket gift item this year.  Fifteen percent of respondents to a ChangeWave survey said they want one. Top on the tablet wish list is the iPad 2, with 65% of respondents voting for it over the next contender, the Amazon Kindle Fire. What's more, analyst Gartner Inc. predicts Apple will sell 22 million iPads just between September and the end of December. But before you rush out to buy one yourself, you have to think about the future, about the next iPad … END_OF_DOCUMENT_TOKEN_TO_BE_REPLACED 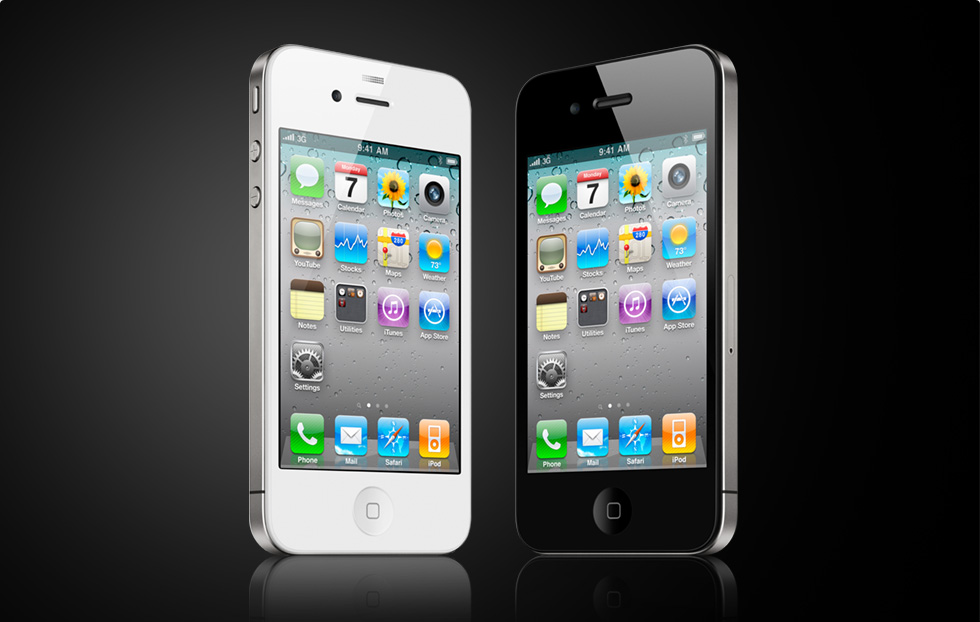 Even as it racks up record sales, Apple's hot iPhone 4S is getting panned by a few users who report "washed out" or yellow displays on the device's vaunted 960x640 Retina touchscreen. A thread on Apple's Support Communities forum titled "iPhone 4S tint" included 32 posts from users discussing the problem as of Tuesday morning, with some saying they believe the problem is temporary, a result of the new technology, other suspecting a defect and some saying the phone itself appears different … END_OF_DOCUMENT_TOKEN_TO_BE_REPLACED

Philonise Floyd told House lawmakers Wednesday that it's their … END_OF_DOCUMENT_TOKEN_TO_BE_REPLACED

The U.S. Consumer Price Index, the gauge that measures change in the costs … END_OF_DOCUMENT_TOKEN_TO_BE_REPLACED